In this release Adaptavist has added the following new workflow functions:

Click their links for more information on how to use them.

There were several good bugs fixed on this release, including: 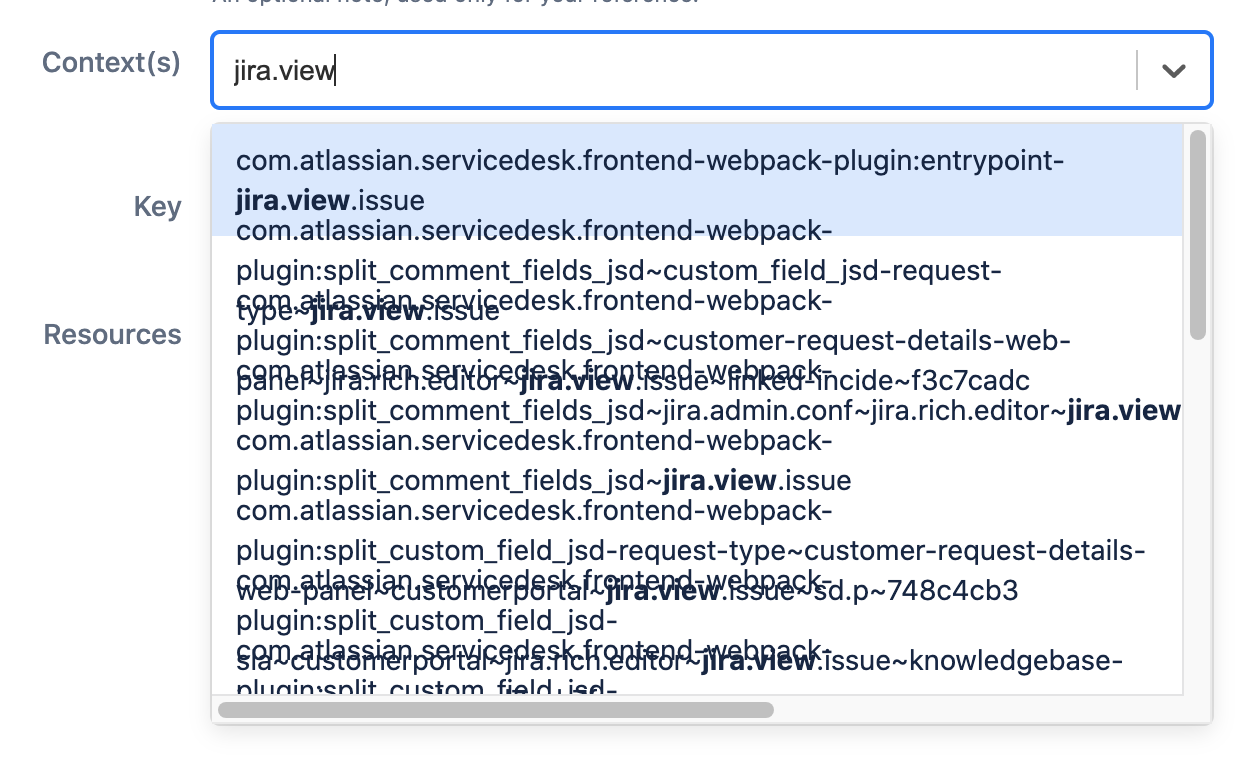 And our favorite, (that still appears to be broken as of the time of this post)

We expect this last one to get fixed eventually, but until then, go here to follow these Steps to Reproduce if you’re curious: https://productsupport.adaptavist.com/browse/SRJIRA-5012

There were two bugs fixed in this release. The first is only applicable for those of us using javax.xml.stream.XMLInputFactory when constructing the XML parser for behaviors configuration data and Adaptavist has fixed this bug. See https://productsupport.adaptavist.com/browse/SRJIRA-5097 for more information.

The other bug is a bit more interesting…

Did you know that if you uninstall an add-on that uses a custom field on a Screen, Jira’s API still maintains a reference to that custom field’s ID even though it doesn’t exist? This can also happen when the add-on isn’t just uninstalled, but even if it’s disabled. The reference to it still exists in the API.

The (now) invalid custom field ID is used to lookup the custom field, which fails causing an exception error to be thrown when attempting to retrieve the field name.

How do you know if you’re effected by this Bug?

Here are the Steps to Reproduce

If you’re like us, you might be a little behind on all of the updates for Insight – Asset Manager. Yes, some of it is due to procrastination but mostly it’s been due to a fear of just clicking that “Update” button.  If you saw this, wouldn’t you hesitate too?

“Before upgrading to v8.7, read the preparation guide here.”

First things first. When you click the “here” link you’re greeted with an announcement banner telling you that “Insight is now part of Jira Service Management Data Center. View the latest documentation“. If this is news to you, take a moment and familiarize yourself with what this might mean to your organization.  Especially if you’re considering migrating from Server to Data Center soon.

More and more Jira Administrators need to do a little homework before they’re sure they can update their add-ons (apps). Some require updating the add-on’s database beforehand while others just want you to confirm your application’s or database’s versions. According to Mindville we had these things to verify (https://documentation.mindville.com/display/INSSERV/Preparing+for+Insight+Version+8.7):

Wasn’t it the UPM’s job to make sure something is ready to be updated? How hard is it for Atlassian or the Add-on Vendor to write code that can check if you’re using MySQL instead of PostgreSQL? Or to find out what database driver version you have installed? Moving on.

v8.7.7 is mostly Bug Fixes and they’re the same on Data Center as they are on Server

Yes, sure, but make sure you meet all of the prerequisites or you’ll be performing a roll-back and probably a database restore to boot.

NOTE: It should go without saying that add-on updates are changes that can effect your suite’s functionality and your employee’s productivity. Use proper Change Management processes, research, and testing before doing any upgrades or updates to a production instance.

Has it been awhile since you last updated?

Here’s a synopsis of updates, in REVERSE chronological order, that you may have missed over the past 3+ months.
As usual we’ve highlighted those that you might want to take note of.

Who should care about this Update: Administrators

Besides these usual Bug Fixes and a few requested new features, the big What’s New is what Adaptavist has done with their workflow functions. They’ve been moved and are now visible alongside all the other Jira workflow functions.

See https://docs.adaptavist.com/sr4js/6.21.0/features/workflows for a very helpful animation on how to use this new Feature.

How to Use this New Feature:

Definitely. This new update will make your job of creating and then implementing workflow functions a LOT easier.

Who should care about this Update: Tempo Administrators

Upgrading from a version prior to 11.0?

The goal in making these changes is to give you more flexibility when integrating with the Tempo Team custom field through the Jira SPI and API interfaces, and to allow those of you who use these interfaces to simplify your third party integrations. These changes will return a Team object that includes both the team name and the team ID (instead of just the team ID), which will allow you to access more information when you use the Jira SPI and REST API interfaces.

You can find more technical information about these changes here. Tempo has compiled information to help you understand how to update the team custom field in ScriptRunner scripts.

YES, this upgrade is a minor one.

But if you’re coming from before v11.0.0 we always recommend testing your update in a sandbox environment first to make sure your changes don’t conflict with other add-ons or break any customizations or integrations you currently have in place.

Who should care about this Update: Confluence Administrators

From their website: “Welcome to the new documentation site! We don’t have any major changes in this ScriptRunner for Confluence release, but we have updated the in-app documentation links to point here.”

I suppose there are worse reasons to create a release.

Has it been awhile since you last upgraded?

If so, from Adaptavist’s NEW documentation site, here’s a synopsis of what you may have missed along with some of the newest headline features:

No. Not unless you’re coming from a much older version and/or you use their in-app documentation a lot.

Just like clockwork and true to form, Botron always has something new every month for us admins to use for our deployments and/or migrations. For this month’s newest feature Botron has added an option that allows us to change the ranking strategy during the deployment. Cool, huh?

But why would you do this and when?

First, we need to understand ranking. Ranking is the order of issues in your Jira instance and it’s a Global setting. Meaning, if you have issues ordered by one method in one board, they’ll maintain that method in all other boards.

To the New Feature

As of v6.8.1, Botron has added an option in the General Settings called “Do not lock the Lexorank table when ranking issues during deployment“ that allows you to change the ranking method during the ranking phase of deployment.

When you enable this feature, Configuration Manager will not lock any rows in the Lexorank table during the issue ranking phase of the snapshot deployments. Then, issues can be ranked manually during the entire deployment process.  There is a small chance that two or more issues could be assigned an identical rank but this problem can be fixed by manually ranking any of the conflicting issues in Jira after the deployment is finished.

When is this useful?

When doing small deployments on a large live instance.

Has it been awhile since you last updated?

Here’s a synopsis of updates, in REVERSE chronological order, that you may have missed over the past 3 months.